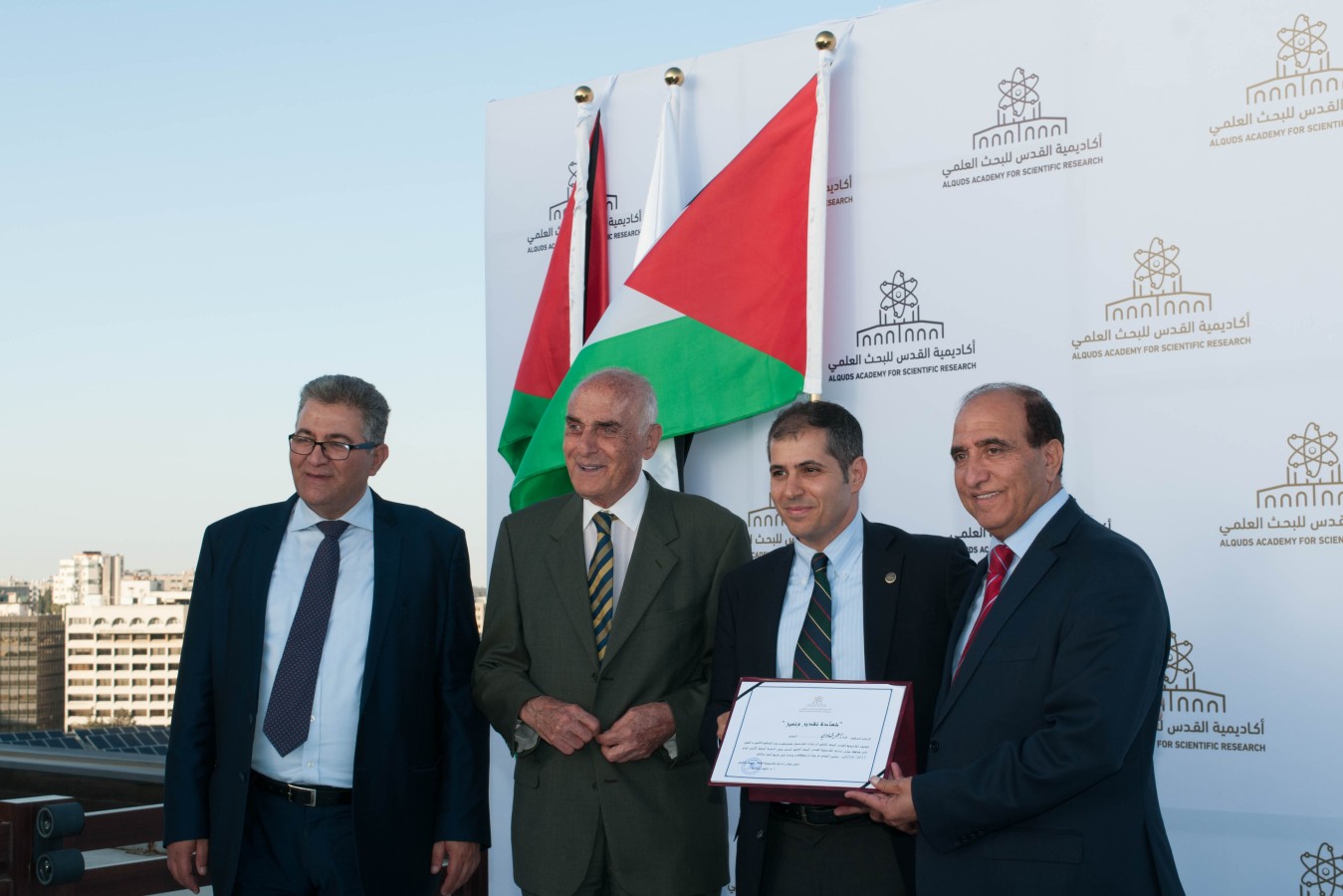 Amman: On June 23, 2018, in response to its first research round of 2017/18, AlQuds Academy For Scientific Research celebrated the signing of four major agreements to support research and development projects. The winning research projects will receive direct financial support amounting to US$285,000.

The research projects qualified after a rigorous evaluation process that included four phases supervised by the American University of Beirut as well as a distinguished group of specialists and international experts.

At the ceremony, which brought together a group of academics, politicians and businessmen from Jordan and Palestine, the chairman of the board of directors HE. Prof. Ekhleif Al-Tarawneh congratulated the winners of the first research call while highlighting the value of all the research projects submitted to the Academy. In his speech, Al-Tarawneh stressed the importance of investment in scientific research, especially at a time when competitiveness and economic development are based on knowledge, science and innovation. Al-Tarawneh also referred to the bond and strong relations between Jordan and Palestine and the importance of Jerusalem to all the Arab world, under the Hashemite trusteeship and the unlimited support of the patron of the Academy H.E. Eng. Munib Rashid Al-Masri. Adding that without the support Al-Quds University and the support of Dr. Imad Abu-Kishek, President of Al-Quds University and Vice-Chairman of the Board of Directors of the Academy, it would not have been possible for the Academy to reach where it has.

H.E.  Eng. Munib Rashid Al-Masri affirmed the commitment of the Munib Rashid Masri Development Foundation to the Academy and his absolute faith in the capabilities  of Arab researchers and innovators, especially in Jordan and Palestine. Furthermore, he highlighted the importance of the partnership between the Foundation and Jordanian and Palestinian universities while praising His Majesty King Abdullah II’s position on the Palestinian cause and its capital, Al-Quds Al-Sharif, and stressing the depth and breadth of the relationship between the two peoples.

Dr. Imad Abu-Kishek, in turn, said that the Academy will always seek to promote innovation and applied research in an effort to boost economic development in Jordan and Palestine. Dr. Abu-Kishek Added that the industrialized and developed countries taught us that scientific research is the only way for development, and he called on regional governments to allocate more funding to support public education and scientific research while expressing his gratitude for the generous support by H.E. Eng. Munib Rashid Al-Masri.

Dr. Zaher Dawy, from the American University of Beirut, reaffirmed the importance of the partnership between the university and the Academy, while calling to extend this partnerships to all Arab universities.

In closing, the Executive Director of the Academy, Dr. Ashraf Bany Mohammed, outlined the Academy’s planned programs which seek to support and empower researchers, young entrepreneurs, innovators and startups leading to economic development and job creation.

The Al-Quds Academy for Scientific Research is a non-profit organization sponsored by H.E. Eng. Munib Rashid Al-Masri.  The Academy seeks to support research, innovators and entrepreneurs while developing research cooperation between Jordanian and Palestinian as well as regional academic institutions. 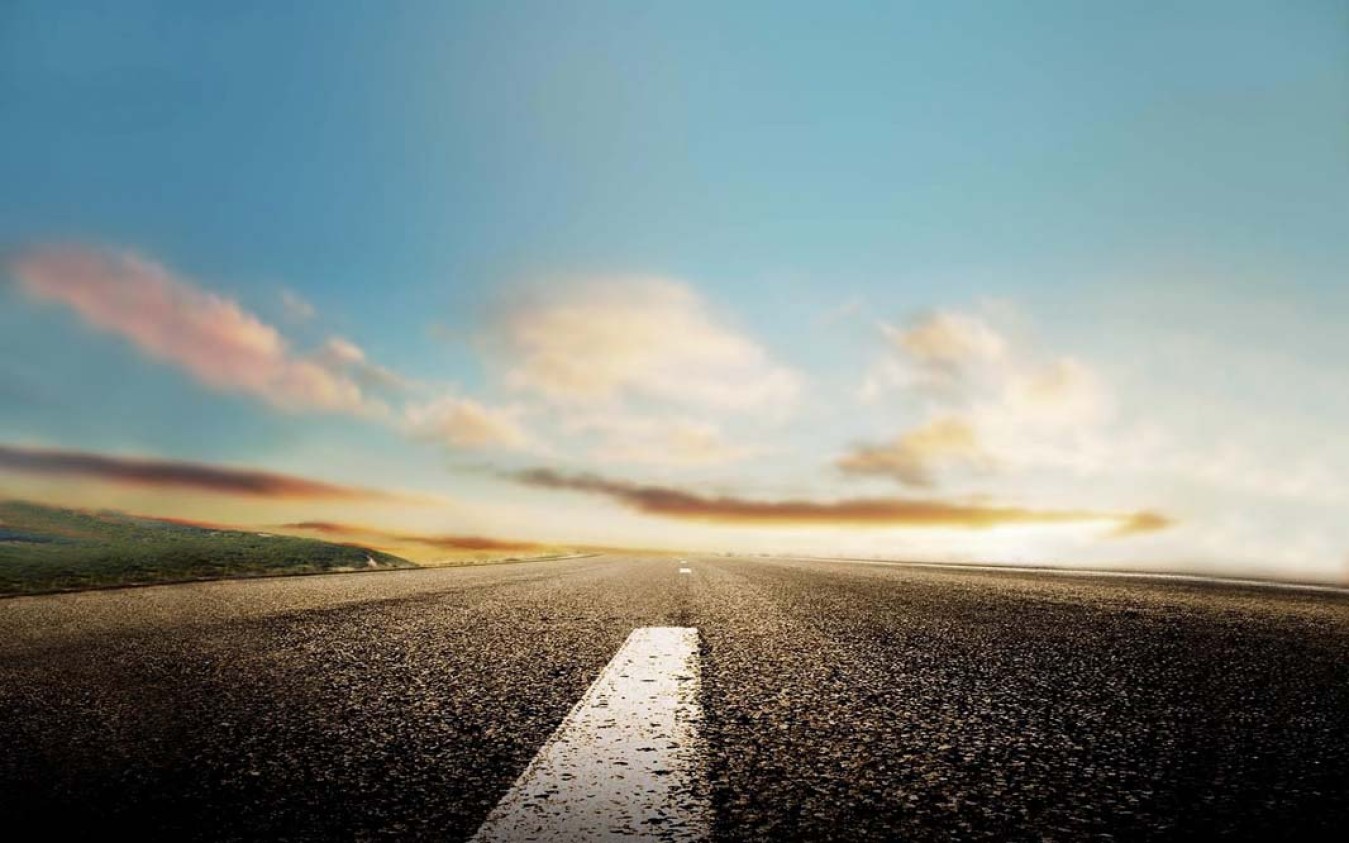